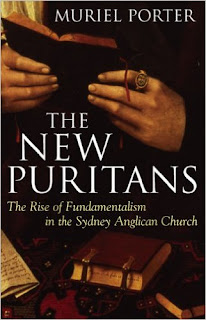 But the most disappointing thing about this book are the insinuations. Porter is quite willing to insinuate baseless allegations by asking loaded questions (pp. 37 and 126). This really is a dreadful book. Porter obviously has the cause of women's ordination close to her heart, but she has done this cause no favours by writing this volume.
Posted by John Dekker at 7:31 pm