Better to read Borrow or Dalrymple

In the Footsteps of George Borrow: A Journey Through Spain and Portugal by Guy Arnold 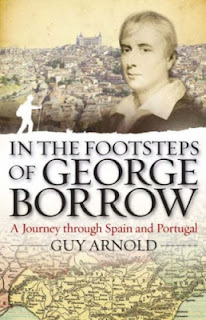 This book relates the author's travels through Spain, retracing the steps of George Borrow, who made the journey in the 1830s.

This puts the book in the same genre as William Dalrymple's wonderful In Xanadu (in which Dalrymple retraces Marco Polo's route to China) and his even more brilliant From the Holy Mountain (in which he follows in the footsteps of the Byznatine monk John Moschos). Sadly, this book doesn't measure up to either of those works.

I love George Borrow. I have read three of his books - Lavengro and The Romany Rye describe his dealing with gypsies in England, while The Bible in Spain relates how he went around the Iberian peninsula distributing New Testaments on behalf of the British and Foreign Bible Society. This is the book that Arnold is interested in, as he retraces Borrow's steps.

Arnold admits that he is irreligious, and that colours his interpretation of Borrow. He tends to take a cynical view of Borrow's work, and suggests that The Bible in Spain is not the book of a missionary, but "the highly coloured, exciting work of an adventurer" (p. 175). Arnold argues that Borrow "employs the piety of language expected of religious people - after he had learned or assumed it for the benefit of his paymasters, the Bible Society" (p. 168).

Arnold's lack of knowledge in Christian matters comes out in his misunderstanding of scholastic philosophy (p. 160) and his notion that G. K. Chesterton's poem Lepanto is written from a "cruelly partisan" Protestant view (p. 135).

I can't really recommend this book. Rather, I urge the reader to instead read William Dalrymple or George Borrow, or preferably both.
Posted by John Dekker at 11:34 am No comments:

A book about libraries 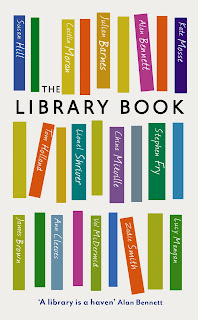 This book is a collection of short pieces concerning the benefits of public libraries, and the authors' various experiences of them.

Michael Brooks contributes a piece called "It takes a library..." and suggests that "there is little that can compare with the joy and value of discovering a book that you could only have come across by being in the same physical space." Indeed, I came across this book quite by chance while browsing the shelves at one of my local public libraries.

The quality of the contributions is uneven, and some chapters have the feel of being dashed off upon request.  The most disappointing thing about the book, however, is that it is intensely political. It has been published in reaction to recent library closures in the UK, and its release coincided with the inaugural British National Libraries Day. But to an Australian reader, the issue seems remote and tedious.
Posted by John Dekker at 1:16 pm No comments:

Turning Points: Decisive Moments in the History of Christianity by Mark A. Noll, Second Edition

I found this a very interesting overview of church history. Noll has taken what could be an overwhelming subject and made it manageable by using twelve important events  (e.g. the Council of Nicaea) as springboards to talk about the details of people and places. Each chapter begins with an appropriate hymn of the time period and ends with a prayer.

In a book of this kind, the interpretive role of the historian becomes evident, and Noll is generally careful throughout to acknowledge his bias as an evangelical protestant. During the last couple of chapters, however, I found that he was not as aware of his presuppositions. For instance, he unquestioningly accepts that Bible translation and evangelism must be adapted to cultural idiom.

Turning Points tends to focus on the positive effects of various people and events. This may be a failing. For instance, Noll writes extensively about Methodism and its stepchild, Pentecostalism. Surely there is scope here for discussing the effects of a theology of Christian perfection, and how it has changed the face of Christianity.

I don't know enough about church history to be sure, but I wonder whether Noll, in his effort to write a balanced, non-Western, non-Americo-centric history, has missed some important bits. The absence of a mention of the Great Awakening in his chapter on the Wesleys (aside from a token mention of Whitefield) struck me particularly.

All in all, I found this a helpful introduction to church history, which, as a good introduction should, left me wanting to learn more.

Posted by Kara Dekker at 5:32 pm No comments: