Jean inspired me with her list of books to read in 2010.

My brother will probably be surprised that I haven't read this... but I received it as a Sinterklaas present from Kara, so I have no excuse now.

This is one of ten Wodehouse books that Kara brought into our marriage. :)


I've been getting back into Sherlock Holmes lately - maybe as a result of the recently released film. I read all the short stories when I was a kid, but I hadn't read this novel.

This will be the third book I've read in Zondervan's Counterpoints series - and this is an important subject.


The Drama Of Doctrine: A Canonical-Linguistic Approach To Christian Theology by Kevin Vanhoozer Commenced 5th September


I've read half a dozen books by Leithart now, and enjoyed every one.

Quitting Church: Why the Faithful Are Fleeing and What to Do about It by Julia Duin 1st - 10th May

This looks like a book that's worth reading, but I really don't know if I will agree with it at all. After all, Steve Schlissel says, "Preaching should be self-consciously directed to the men of the covenant... Preach to women, have women; preach to men, have men, women and children."

No, this isn't a book that discusses the need for evangelism - rather, it examines how we can evangelize by asking questions. "It worked for Jesus; it will work for you," proclaims the back cover.

I really liked Trueman's Minority Report, which I read a few months ago. I also heard Trueman speak in Melbourne last winter, and he was excellent.

This is by the author of Blue Like Jazz, which was great, and Searching for God Knows What, which was pretty good. I also read Miller's blog.

This is a review copy from Thomas Nelson's Book Review Blogger scheme.

This will be, I believe, the 18th book I've read by GKC. It's a fairly recent compilation of essays.

The two cultures Snow refers to are the humanities and the sciences. He argues that our society's intellectual life is characterized by a division between the two.

It's been a while since I've read a book on mathematics. This is about the Poincaré conjecture, the only one of the so-called Millennium Prize Problems to be solved.

Now that I live on gourmet food, I thought I might as well read about it. According to the back cover, this book "inspired a seismic culinary shift in how America eats."

Trevin Wax at Kingdom People is having his annual book giveaway at the moment. Trevin is giving away his ten favourite books of 2009 to one lucky winner. With interesting titles like The God Who Smokes and unpronouncable authors such as Tullian Tchividjian, this stack is a treasure trove for Reformed Christians.

To enter, subscribe to Trevin's blog, and send him an email.
Posted by John Dekker at 6:31 pm No comments: 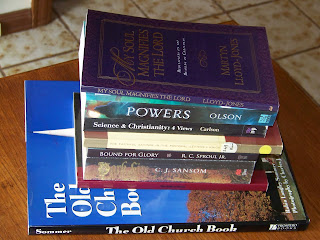 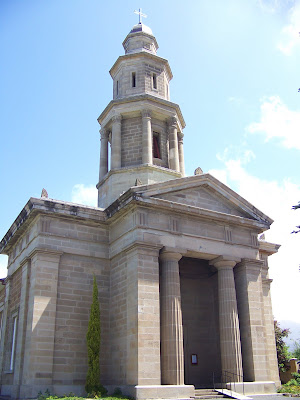 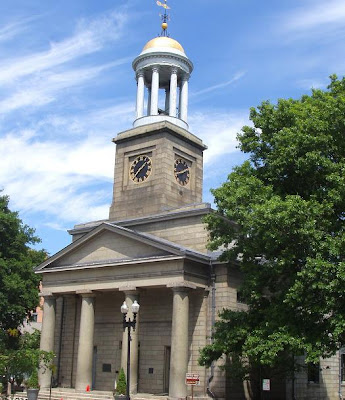 Posted by John Dekker at 5:51 pm No comments: