An important theme, but mixed contributions

The Holy Spirit and Reformed Spirituality 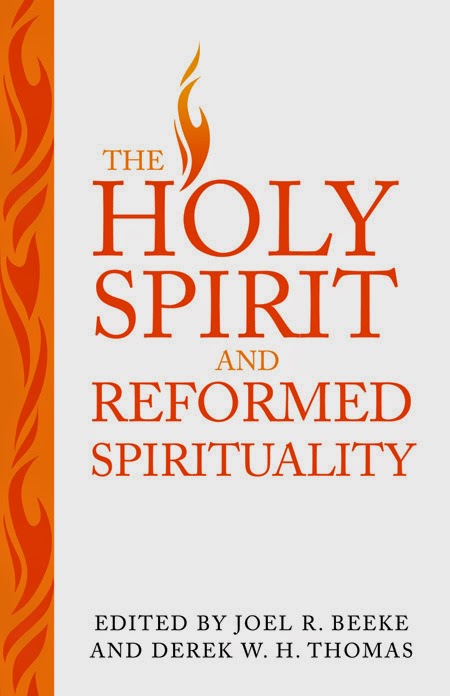 The volume is a Festschrift of sorts. A Festschrift is a collection of essays written in honour of a particular academic, usually on a topic that is dear to that academic's heart. Well, The Holy Spirit and Reformed Spirituality honours Geoff Thomas, who is not an academic at all, but rather an ordinary pastor.

The theme of this book is an important one, for two reasons. Firstly, there seems to be a misconception that Reformed theology is weak on the Holy Spirit. Some would even suggest that while Reformed theology may be good on soteriology, when it comes to pneumatology we need to turn to Charismatic theology.

Now, it is true that there is no chapter in the original Westminster Confession of Faith specifically on the Holy Spirit, but many reformed theologians have written volumes on the doctrine of the Holy Spirit: George Smeaton, Abraham Kuyper, and James Buchanan in previous generations, and Sinclair Ferguson more recently.

The second reason why this topic is important is that there are some people who like reformed theology, but prefer other spiritualities. Catholic writers like Brendan Manning and Henri Nouwen are quite popular in some Reformed circles. But although Reformed spirituality is often neglected, it is inseparable from Reformed theology.

Unfortunately, the essays in this volume do not really match the importance of the theme. It is often the case that contributions to Festschriften vary in quality, but overall this book is somewhat disappointing. It was interesting to see no less than four chapters dealing with some aspect of John Owen's thought. Two of these (by Carl Trueman and Derek Thomas) were good, but the other two seemed to merely rehash what Owen had written. Similarly, there is another chapter that is merely rehashing Louis Berkhof.

Even more disappointing is Stephen Turner's contribution on the call to the ministry. Turner notes that Acts 13:2 describes the Holy Spirit calling men to ministry. He suggests that this was communicated through a prophet, and acknowledges that we no longer have prophets in that sense. But Turner still wants to hold to the idea that today the Holy Spirit calls men via an "inward" call. Yet that is simply not in the text – the passage is quite clearly describing an outward call.

On the other hand, Robert Oliver's piece on Edward Dering is very good. This book really is a mixed bag, and generally fails to live up to the promise of its title.
Posted by John Dekker at 8:26 pm