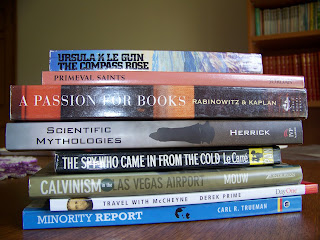 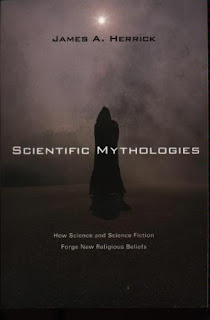 I heard Carl Trueman speak in Melbourne a few months ago. Hearing him was great and reading him better. This book has several shorter pieces from his Wages of Spin column on the reformation21 website, as well as four longer pieces. Two themes emerge from his writing. The first is the necessity of studying (and understanding!) church history. Not all that surprising, really, given that Trueman is Professor of Historical Theology and Church History at WTS. The second theme is a bit more surprising: he critiques the "mere Christianity" popular in modern evangelical circles, which thrives at the expense of a robust confessional orthodoxy. Trueman's perspective comes out most clearly in his review of Is The Reformation Over? by Mark Noll and Carolyn Nystrom. Thought-provoking stuff.
Posted by John Dekker at 5:32 pm

Althought I always spell my surname "Mc", both "M'" and "Mc" are actually abbreviations of "Mac". There are documents where people use all 3 forms for their own name (usually using the shorter forms as they get further down the page). I suspect "M'Cheyne" is standard usage because that's they way he spelled it, but either of the other forms are acceptable.

Compass Rose is the name of the ill-fated WWII corvette in the classic novel The Cruel Sea by Nicholas Monsarrat. You should read that one John (if you haven't already)

I'll check out Trueman's book. If his writing is better than his lecturing then it must be good.